I Forgot the Best One

From the weekend, Sunday morning Kevin burst into our room declaring "No snow! No snow! It's spring!" to which I turned to look out the window only to see the trees covered with the white stuff.
I started this post at 07:59 2 comments:

11:30p
Finished two GS vests before bed, glad to get them off the stack.

7:00a
Why am I up so early on a Saturday? Oh yeah, Special Olympics State Games for basketball.

11:30a
Will these opening ceremonies ever end?

Second game, a win against Anne Arundel Co. 20-10 for the Bronze medal.

6:30p
@BJ's with Dan; bought two grape vine plants; need to figure out a place to plant them.

9:30a
Kevin wore his medal to church.

11:00a
@Noodles & Co for Kevin's favorite lunch. Trying to oust the current mayor on Foursquare.

Don't think my quilt got the best display location but it wasn't a winner anyway. Still sad.

4:30p
Back home in time to see the last minutes of VCU's win over Kansas. Go Rams!

7:45p
Picking up Three Brothers for supper, then home to watch Amazing Race.

8:30p
Wish I hadn't lost my VCU class ring, maybe I need a new VCU shirt for my collection

And it's remotely related to: thank goodness I'm not a twitterer, weekend roundup

A Few Vacation Pics - The Netherlands 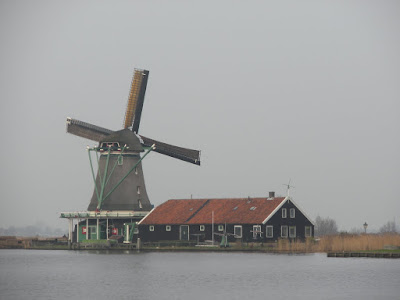 A working windmill near Zuiderzee 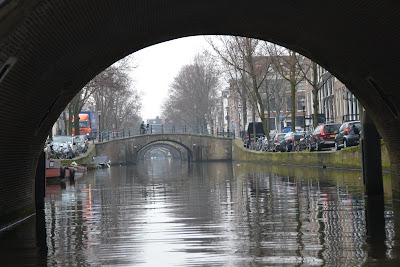 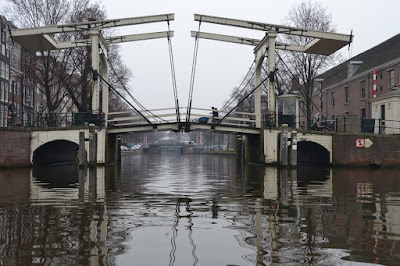 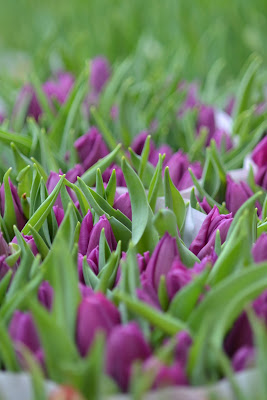 Tulips at the flower market in Amsterdam

And it's remotely related to: Going places, photos

I entered a giveaway (and thusly promised to post about it here.)

This is thee courses of our five-course dinner at Blue Pepper restaurant. I forgot to take pictures of the other two before they were gone.
First course was duck, fish pâté, and crab with mango. 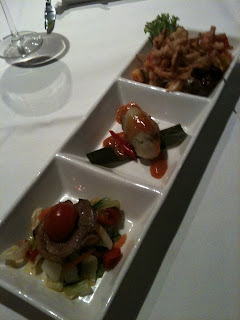 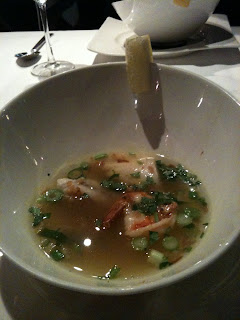 The third course was lamb satay and chicken satay.
The fourth course was the main entree, the Rijsttafel. The first picture is of the condiments, the second one is the selection of curried meats and seafood. 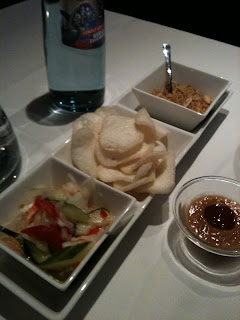 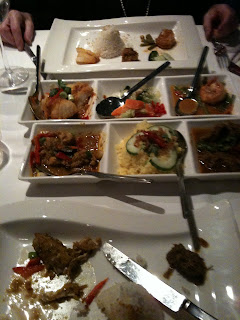 The last course was dessert with fermented rice pudding with coconut ice cream, pear cooked in blue curaçao, and mango salad.
I started this post at 17:44 No comments:

And it's remotely related to: eating, Going places 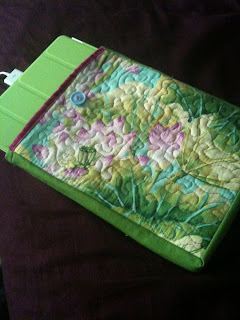 The suitcase is still empty. I have not packed any clothes. sheesh. I have been packing my carry-on bag, got my camera and tour books together, extra memory cards and knitting needles (just in case I stumble past a yarn shop).

I guess I didn't want to pack too soon, but now I'm leaving tomorrow for a week with my mom in Netherlands & France and I haven't even considered wardrobe options. Except for which coat to take, I have thought of that. And the jury is still out on that, too. I'm afraid of being cold and damp one day and too hot the next.

I've been talking to Mom most everyday this week, swapping information, quizzing each other on desired destinations. We'll have a full day in Amsterdam of free time and a half-day in Paris. The D'Orsey is in renovations; a lot of good stuff at the Louvre is out on tour (I'll have to see Mona at another time); Versailles is too vast to see in a single afternoon; our front runners are currently Musee des Arts Decoratifs and Musee Marmottan (good Monet collection).

I think I need to do laundry tonight. Right after I stop at the Apple store.

And it's remotely related to: Going places

At the end of January I'd lost 4 lbs. I set the goal again for February. I wasn't very clear if it was for a new five pounds, or just to get to the original goal. Vague was good. The ultimate goal is ten lbs from the high point, but I wanted to break it down in monthly chunks.

A week into the new month I'd lost another pound and it was staying lost. A week later, the weight pretty stable-neither up nor down, I saw an orthopedist who said I had tendinitis in my right bicep and prescribed an anti-inflammatory to be taken on a full stomach. You know what that meant, I'd forget to take the pills with dinner so I'd have to have a hearty snack at bedtime which lead to regaining all the weight I'd lost.

Now, here it is, the first of March, I'm ready to try again. I'm off the anti-inflammatory, my shoulder is feeling better, I have no excuse. I weighed in this morning at a lower weight than I'd had for a couple weeks, but still above the goal.

So, here it is, my goal, down in writing. I will lose the rest of the original five pounds by the end of March. (This will be harder than you think, I'll be Europe for a week this month.) I will keep it off in April and start working on the next five in May.

It really bugs me when other women say I look fine, that I don't need to lose weight. I always thank them, but I know, my pants know I do. I need to learn where the breaking point is on the food intake now that I'm, uh, not a kid anymore. I need to retrain my brain about not needing snacks. I'll never be a size 4 again, but it sure would be nice not to ever become a size 14. Hence, the goal, to break it down, a couple pounds at a time, no crazy crash diets, get it off, keep it off.